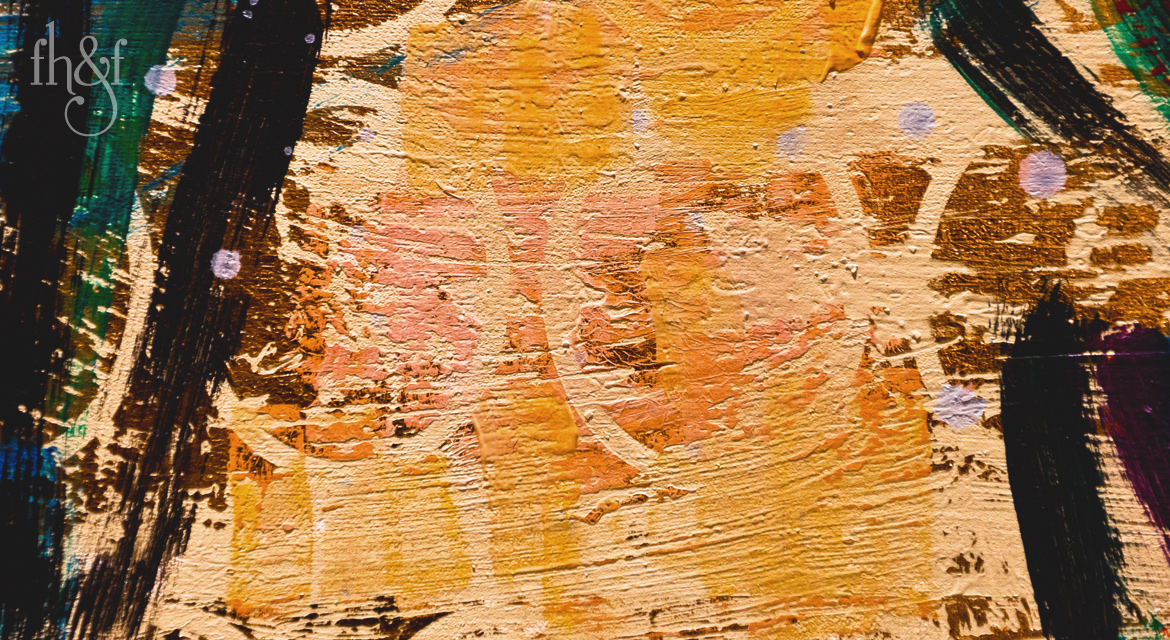 Orange Is the Color of Longing

Even her yell was pleasant to his ears.

He had been with her for nineteen years now, yet he still longed for her words, for better or worse. This time she just shouted at him because the food was ready, and everyone was waiting for him to come and join them at the dinner table.

He got up from his chair and turned off the computer. On his way to the kitchen, he usually went by the light switch and turned on the lights outside the house. “Let there be light in this darkness,” he’d grumble to himself. This habit remained only with him, though he tried to pass it on to each of his children.

There was a patch of orange light on the entrance to their house. He hated the color of this weak light, but she insisted on dim orange bulbs.

From time to time, she scolded him when he was late coming to the table, talking about this orange light. The three children would giggle a little, sometimes at what she said and other times at the trifles of adolescents.

He would sit at the table, thinking it was the food he wanted most for his dinner. He’d recall the simple facts: his wife’s pleasant voice, the success of their children. Yet none of these things were able to defeat the only thought he tried avoiding that evening or any other night.

Another orange envelope he had not yet opened, a letter not read.

Almost a year had passed since his last book was published, and it had taken five months for the first letter to arrive. The words belonged to someone he did not even know, his number one fan. Yet that one woman had become the only thought he’d tried to keep from his mind—and his wife.

When he began this whole thing of becoming a writer, his wife had liked it. No matter that they all whispered behind her back as she passed them on the street. She thought she knew what they were saying, all this envy of her husband’s success.

Then her husband rented a separate mailbox. He explained that it wasn’t right for them to mix work and family life, and she agreed with him. Then came the letters in those orange-colored envelopes. Some he let her read, and others he didn’t. But it didn’t bother her.

He liked these letters, and especially that his wife pretended she didn’t care about them. At night she would sneak a little closer to him, put her head on his chest and stroke a little, then quiet and fast sex, and a good night’s sleep, back-to-back. For almost two-thirds of their marriage, she hadn’t really looked at him. But in the last year of their shared life, since this mailbox, something had changed.

She would come up to him as he lounged on the couch and ask him in a soft, pleasant voice if, this time, he would let her read a letter. He’d nod his head a little, and she was happy—until he added quickly, “But only what she wrote.” And she would seem disappointed again.

She always loved seeing the spark in her husband’s eyes, the look of the genius that he truly was, with his gift of words. Then came the mailbox, and despite her smiles, she had to ask herself if he was writing books up there in the attic, in the study she had designed for him when he started writing his first book. Or was he just immersing himself in the words of another woman?

So she did what women like her did. In fact, she told herself, it was what the women who passed her on the street were doing as they walked down the pavement, jealous of her writer-husband.

Still seated at the dinner table, she looked up from her plate, gazing at his handsome face. When he glanced up at her, she saw in his eyes the look of someone who knew something she didn’t fully understand as yet. She lowered her eyes and smiled, and he returned his attention to his plate, as if nothing had happened. Yet a warm, emotional exchange passed between them, still hanging in the air.

Then, for the first time in months, a new thought crept into his mind: If he dared to evade the words contained in those envelopes of orange, the color of passion, then perhaps he would understand that he was hers, just like the words in those letters.

I.V. Olokita has been facing life-threatening situations for most of his life, specializing in the management of medical aid to disaster areas all over the world. Olokita’s first book (in Hebrew), Ten Simple Rules (2014) won an Israeli literary prize and became an online bestseller. His second book Reasons to Kill God, became local best seller, followed by his third book, A Wicked Girl. Happily married, I.V. Olokita is the father of two and a foster father of five cats and two dogs. He considers sleeping a waste of time and spends his nights writing.