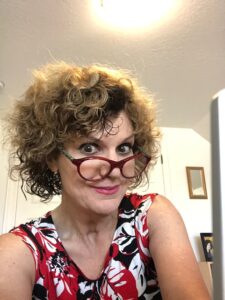 I am proud to be the founder and publisher of FaithHopeandFiction.com, an online literary magazine and community of readers and writers who enjoy stories that inspire and entertain.

I am an award-winning, New York Times bestselling author and have recently launched my debut novel The Secrets of Ohnita Harbor, the first in the Ohnita Harbor Mystery series from Woodhall Press.

My novel is based on my creative thesis, for which I was awarded the Distinguished Thesis Award from Northwestern University, where I earned my Master of Fine Arts (MFA) degree.

In 2019, I received the grand prize for fiction from TallGrass Writers Guild/Outrider Press and was published in its anthology, Loon Magic and Other Night Sounds. I was also nominated for a Pushcart Prize. A collection of my short stories and essays, Inspired Every Day, was published by Hallmark.

The recipient of five Write Well Awards from the Silver Pen Association for my short stories, I have been published in a series of anthologies featuring award winners.

I am also the author of several nonfiction books, including House of Dimon: How JPMorgan’s Jamie Dimon Rose to the Top of the Financial Industry (Wiley, 2009), which placed on the New York Times Extended Bestseller List and was favorably reviewed by The Wall Street Journal. In addition, I am the co-author, with Andrea Redmond, of Rwanda, Inc.: How a Devastated Nation Became a Model for the Developing World (Palgrave Macmillan, 2012).