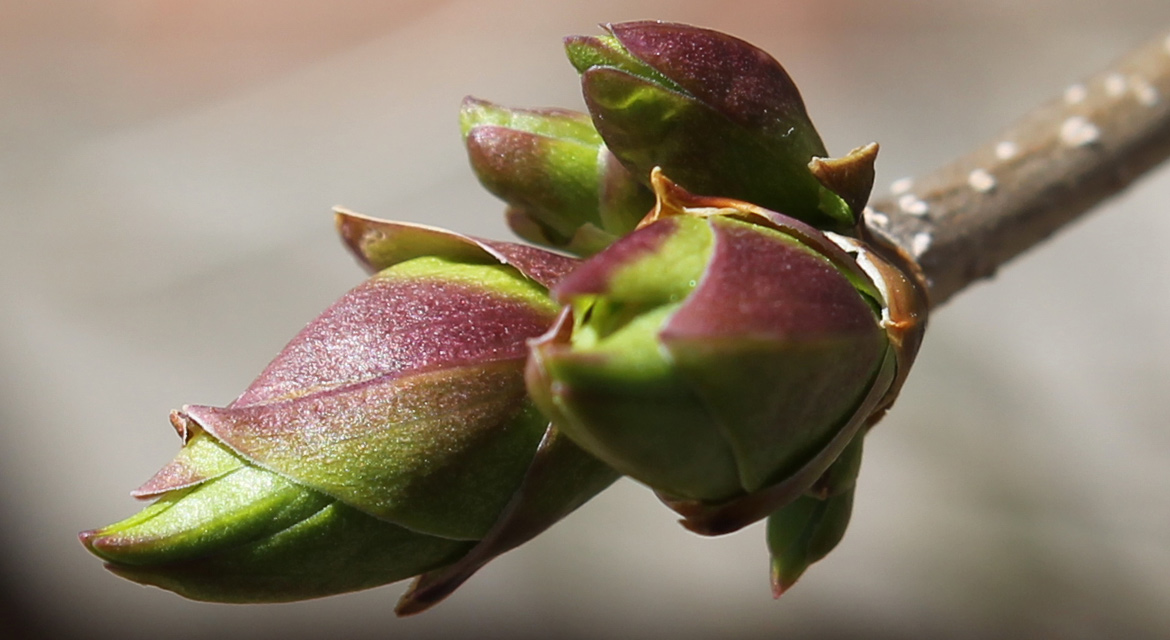 The ‘Firsts’ of Spring

T his is the season of firsts, eagerly and duly recorded: first robin, first daffodil, first leaf buds, first day above sixty and then seventy degrees. In the northern part of the U.S. where I live, such firsts are savored as incontrovertible evidence, more telling than the date on the calendar, that winter has finally lost the tug of war and spring is winning the battle.

Admittedly, there is not much to see in early spring. In March, snow crusted hard in shadowed places. By early April new shoots stirred in the garden and the base of the rosebushes began to green. The first flower, a hellebore with its pale yellow-green blossom blushed with pink, bloomed in my garden on Holy Thursday. Though modest, such beauty is amplified by its rarity—mere quartz becoming diamonds amid bleak sand. And so it is for the crocuses, no more than three inches tall, shouting out with deep purple, vibrant yellow, and stark white. If the garden were an orchestra of color, these diminutive blooms would be mute.

As I write, the first mustard-yellow goldfinch of the season has landed on my feeder. Now, I see a pair. These birds were there all winter, but their feathers change with the seasons, dulling to pale brown in late autumn. In spring, their brightness is a harbinger of lengthening sunny days.

I had another first of the season, just yesterday, in fact. For the first time this year, I walked the small labyrinth in the park near where I live. When the labyrinth was new, I took to that path eagerly as if it had been etched in the ground just for me. Labyrinths hold a deep appeal with their twisting ways that tease forward toward the goal and then fall back, until finally leading to the heart of it. Unlike the deceitful maze, though, it is impossible to become lost on the labyrinth; from any point on it, the end is always visible. No matter how many turns the path takes, it always leads to the goal. That surety and peace of mind open space to contemplate, step by step. This is where I am now. I am on a journey of becoming what I was meant to be.

I’ve walked that labyrinth with expectation and frustration, looking for epiphany on demand; more times than not I walked away without satisfaction. And therein was my answer yesterday, as plain as the gravel under my feet. The changes I longed to create in my life—more patience, more acceptance, more self-love and self-care—take time. Only by being away from the labyrinth when the brick pavers and gravel were covered by snow and then sodden by runoff could I truly measure and appreciate the changes in my life. On the first walk of the season, the perspective of time made me grateful for all realizations great and small since my last walk in early December.

Mindfulness of the small details, I find, is best in early spring. In a world in which we preach and seek abundance, there is still something to be said for rarity where beauty is concerned. With abundance, we are too quickly jaded. Consider the humble robin whose first appearance in late winter or early spring brings out cameras and smartphones to snap pictures to post on Facebook. A few weeks later, these birds are so common we barely notice their cheerful red breasts or listen to their distinctive raspy chirps.

Each spring, I vow to keep up my vigilant appreciation as the season waxes fuller, to notice not only the swollen leaf buds and watch them unfold, but to be watchful all summer long. Alas, if past performance is any indication, by May perhaps and certainly in June I will observe only large swaths and not the granularity within the green. In the abundant forest, I cannot see the trees, let alone the leaves.

Knowing my limits as the season progresses to profusion, I take more pains to savor the firsts. I get on my hands and knees in the garden to take pictures of the early shoots and blooms with gratitude for their appearance in the garden that, by October, will have worn me out. The season’s newest arrivals, though, reinvigorate me with appreciation for the humble and the ordinary, for what blooms where it—and I—are planted.