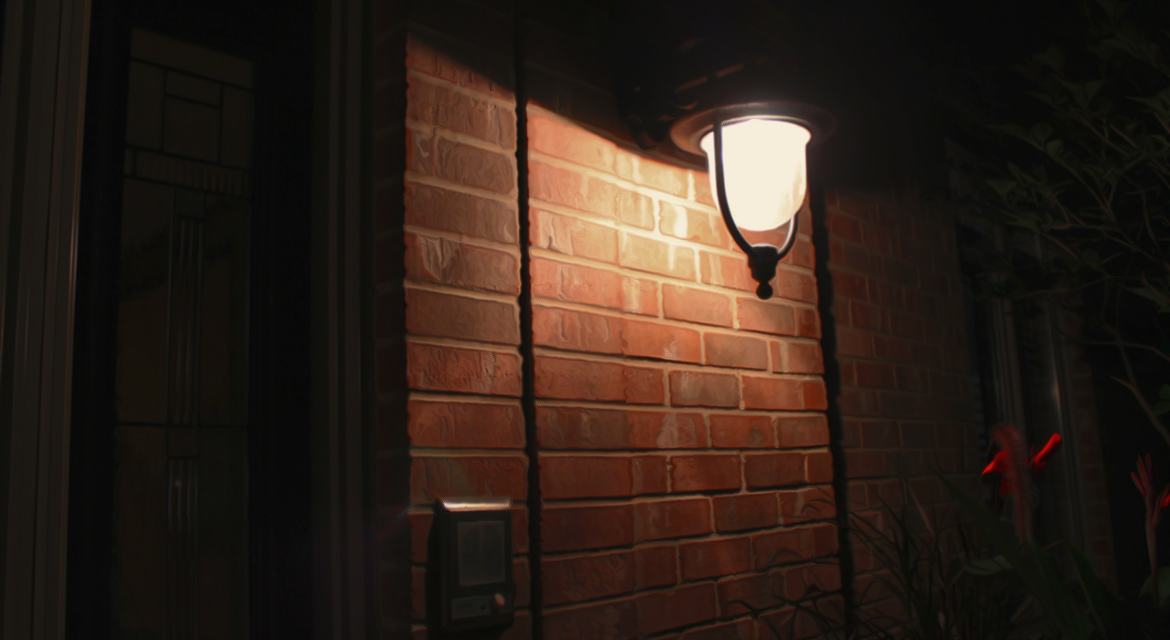 Face flushed and feet flying, the boy rounds the curve of the sidewalk. He clutches a ball, like a running back going for the touchdown—except this ball is blue and round. I surmise where he came from; the park is only two blocks away. And I can guess where he’s headed at this hour.

He passes me in a rush, and I see his smile. But it’s not for me. He’s reveling in his own speed as he heads for home.

We grew up on such mad dashes. Ours were not suburban runs; the sidewalks ended a long way from where we played. Rural backyards were big because land was cheap, and few fences blocked the way to the woods and fields.

Supper was eaten early in most households. By six-thirty, the dishes were done and bicycles awaited. I pedaled miles to play for an hour or two: jump rope, kickball, hide-and-go-seek, and tag.

My sister Bernadette and I took long bike rides together. An evening breeze, taking the edge off the summer heat, made us bold in the distances we traveled, into town or further out on country roads.

“Wear a watch!” Mother always scolded us. Yet we went out with bare wrists; otherwise we’d lose our only excuse for being late. We calculated time, distance, and the angle of the setting sun with the skill of Viking navigators.

June suns teased above the horizon, slowly showing off bands of orange and pink before darkening to coral. It was still light—or, at least, light enough—when we came home to Mother’s cocked eyebrow and a red fingernail pointed to the kitchen clock that read quarter to nine.

August suns, though, slipped more quickly, their evening lightshows a shorter encore after a hot day. By Labor Day, we rode faster, adjusting the one variable we could control in the equation: Time x Speed = Distance. One night, we were not fast enough.

The protective glow of streetlights guided us only as far as the city line. Hugging the shoulder, we stayed out of the way of cars that passed us, their headlights on. We could see inside the houses as we sped by: people in their living rooms, the television on; someone sitting at a table; the head and shoulders of a woman, standing at her kitchen sink.

Those houses looked safe and snug, but we were wild things that belonged outside. Feral in our giddiness, we raced the darkness.

Riding in the lead, Bernadette urged me to go faster. I pumped my legs harder, but knew it wouldn’t make a difference. “Futile” was not in my vocabulary then, but would have understood the meaning: It was already dark, and five minutes one way or the other would not change the outcome.

We took the last hill, our pace slower and our breathing quicker. Then came the long coast to home. Our bicycles wheels whirred quietly. The breeze cooled our sweaty faces. From the top of the hill to the marshy spot at the bottom, the temperature dropped enough to chill our arms. Peepers chirped in the trees; a bullfrog sounded the bass.

Every second of those moments counted for reasons we did not fully appreciate then, other than wanting to stay outdoors a little longer. Only now, decades later, do I recall and appreciate the freedom we felt then, beyond the clutch and worry of adults.

Yet the end of those small adventures, home awaited—lights on and parents inside. Even the bravest explorers sought the shelter of familiar ports.

The boy with the blue ball reached his house a long time ago, but I keep walking. The evening cools and the breeze picks up. Gray cottony clouds blot out the setting sun, but I don’t think about rain. The forecast is for dry weather for two more days.

Then I feel the first drop and a second. It pours.

My clothes are soaked. I try to run in my sandals, but they’re more decorative than useful. The overhang of someone’s garage offers momentary refuge.

When the rain eases, I take off my sandals, feeling the rough sidewalk and the pinch of small stones on the pavement. Wild and silly with my foolishness, I walk barefoot home, a grownup who hasn’t forgotten childhood freedom.

On the last block, I see it. Home. The lights are on, and someone I love is inside, waiting for me.

Patricia Crisafulli, M.F.A., is an award-winning writer, published author, and founder of FaithHopeandFiction.com. She received her Master’s in Fine Arts (MFA) from Northwestern University, which also honored her with the Distinguished Thesis Award in Creative Writing. She is the recipient of three Write Well Awards for best-of-the-web literary fiction for stories that have appeared on FaithHopeandFiction. She is the author of several nonfiction books and a collection of short stories and essays, Inspired Every Day, published by Hallmark.