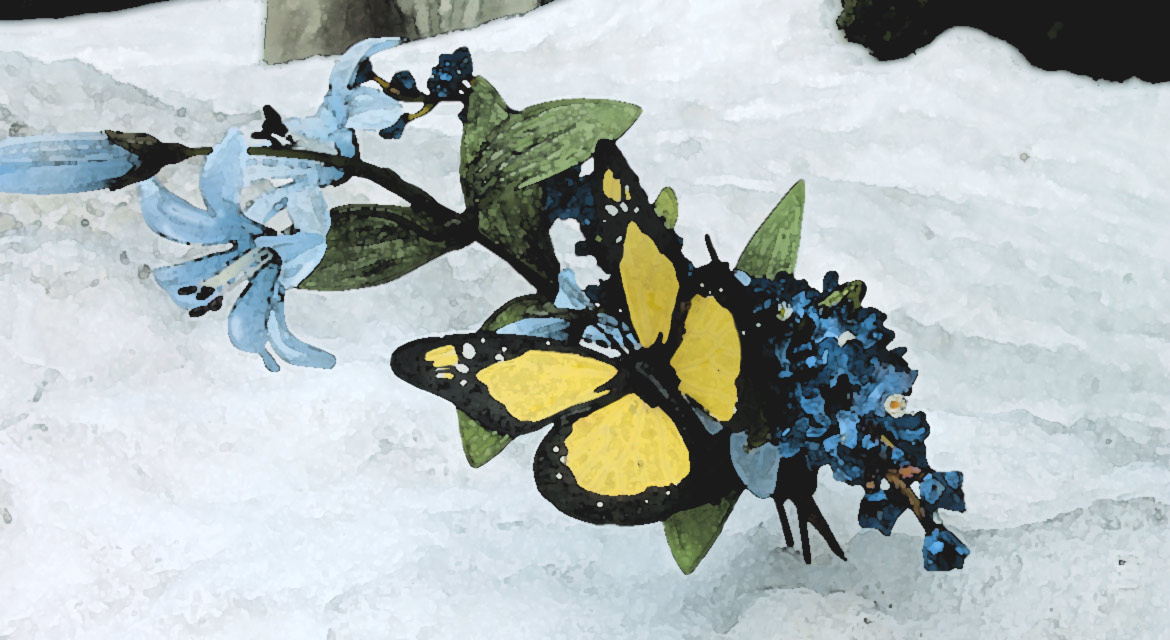 My “Theory of Relativity”

For planets and people and ping-pong balls, it’s all relative.

The outside temperature topped 40 degrees Fahrenheit yesterday, triggering a symphony of splashes and splatters, gurgles and trickles in and around every melting object. Snow banks whipped not so long ago into meringues aged into crumbling globs like old cheese. After weeks of single and low-double-digit temperatures, and many mornings when readings were well below zero, this fairly meager warmth by any other comparison felt like a day in May. People cracked windows for fresh air and joked about wearing flip-flops and shorts, even though the very same temperature reading last November had sent us scurrying for sweaters and extra blankets.

This is evidence of my “theory of relativity,” the change in perception relative to our prior experience. In terms of weather, the colder January and February are, the more March’s early thaw warms our senses. Similarly, the first good day after a bout of the flu feels far better than the lingering symptoms should allow. We may have a low-grade malaise that, before the onset, would have triggered complaints about “feeling sick” and “coming down with something.” But after a week in bed with a fever, only having a stuffy nose or a little cough is hardly noticeable. Or consider the first emotional thaw after an argument or estrangement, which feels far friendlier now than the same cautious civility would have before the relationship cooled.

In my theory of relativity, all incremental improvement takes on oversized proportions because of recent memory. What we experienced before exerts a kind of gravitational pull on our perception that is not all that unlike (with the broadest of interpretation and quite a bit of literary and scientific license) Einstein’s Theory of Relativity.

Einstein’s theory posited a space-time continuum in which things are interconnected in such a way that distortions are created. My favorite example from a science website for kids is two people playing ping-pong in a room, both hitting the ball with the same force. To an observer, the ball is moving at the same speed in both directions. But if those people play ping-pong on a moving train, perception changes. To a person on the platform, the ball moves faster in the direction of the train’s advance (covering more distance per second) and slower in the opposite direction (covering less distance per second).

For planets and people and ping-pong balls, it’s all relative.

With all due respect to Einstein’s genius and the profound implications of E=Mc², my rudimentary theory of relativity also reminds me how malleable my perception of reality is. What I experience as “better” or “worse” (warmer/colder, happier/sadder, improved/worsened) depends upon my most recent norm. When I learned to ride a bicycle as a child, my first assured pedal strokes felt like I was flying because the only self-propulsion I knew before then was that of my sneakered feet. Today, when I exit the highway for suburban streets, I feel as if I am crawling because my most recent norm had been so much faster.

Where this takes me, then, is the power of being purposefully aware of change and a deeper appreciation of what I can judge to be far more positive than the sterile facts and readings might attest. All I need to do is think back on some earlier, less agreeable norm–an emotional, physical, or spiritual equivalent of minus 10° on the thermometer. Maybe the improvement is only to the equivalent of 40 degrees, which is far from a comfortable temperature. Yet, the appreciation of relative improvement can make it feel like 65 or 70 in terms of weather, health, wealth, love, happiness or any other perception.

At the risk of oversimplifying my way into Pollyanna thinking, I can imagine this theory of relativity amplifying well-being and confidence for an individual or group or even an entire society. I’ll leave it to the economists and sociologists to judge the soundness of my thinking applied more broadly, but for now I know from personal experience that what I perceive as better or worse depends upon the measure and metrics I use.

Right now, sitting at my desk on a Sunday afternoon, I can think of a dozen experiences that I’d judge to be better or worse than what I’m doing right now. If I choose to compare this moment to, say, the long jog I once took on the powdery white sands of Siesta Key, then maybe I’m not having such a great time. But if I recall a year ago when I was felled by a nasty round of vertigo that affected me off and on for the better part of a month, then life is as good as it gets.

Embracing my relativity as the perception-laden subjectivity that bends my reality I see endless possibilities for improving life without doing much more than paying attention to the moment. Right now, it’s 37 degrees outside; bitterly cold when I think of last August, but a veritable heat wave compared to February’s readings that were among the coldest on record. Today, I choose to experience this day as warm, and life as good and full of possibilities.