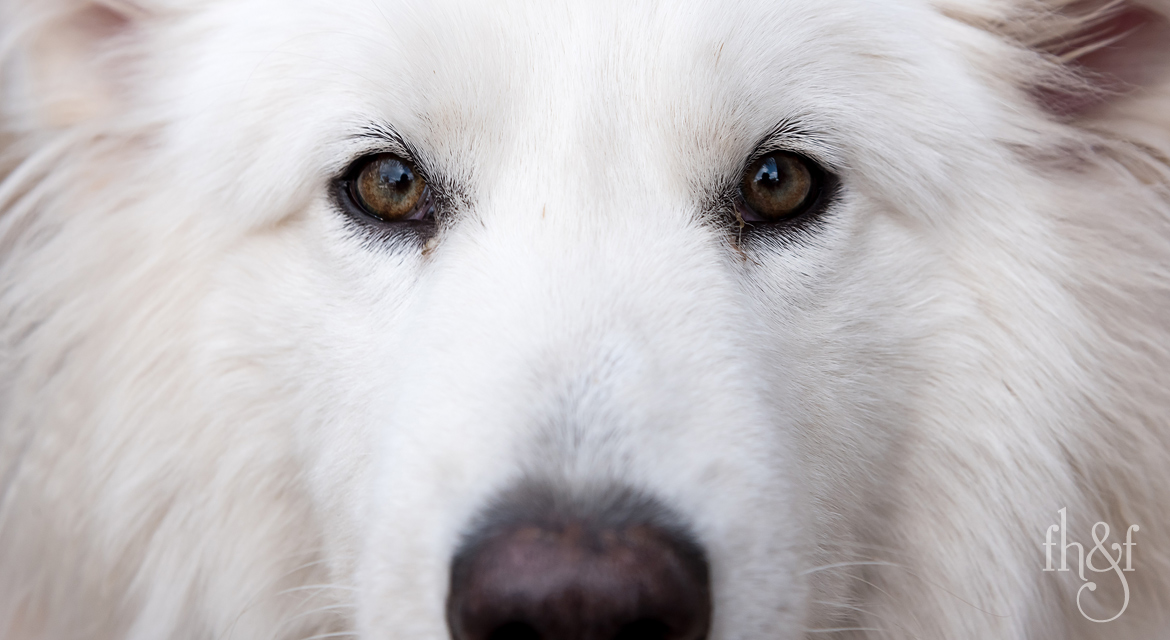 In her essay “Knight in Shepherd’s Clothing,” Pushcart nominee Ariadne Wolf is “suckered” into training horses—and receives an unexpected gift that comes in a furry package.

OOut here in the middle of nowhere, next to Joshua Tree National Park but not in it, and I’m wondering why I came. I’m here to work on this lady’s ranch but all I’ve been doing so far is mucking out stalls for her sad-eyed, lazy-come horses. Twenty-sum-odd and they watch me as I walk towards them and away, each one looking like a child trying to work out why the tide comes so, so close but always goes away again, and leaves nothing to remember it by.

The littlest one, a filly just turned three, is black as tar and sweet as licorice. She sticks her tarty little mouth over the metal bars of her corral-turned-pasture, asking me without words how she’s ever gonna have a good life if no one teaches her what she’s supposed to do. She’s a good girl stuck being a bad one for lack of manners and lack of discipline, just like me. Turns out you need to be taught those things, by mother or master or both. Who knew?

I came here for her, to learn how to train horses from the ground up, and because the sky over the desert is pure crystal in the day and endless in the night. I’m not sorry I came but twenty-plus horses, along with seven dogs and who even knows how many cats to take care of, are an awful lot. And this is supposed to be my winter vacation—supposedly five-hour days in exchange for room and board. Turns out my room is the living room of the guest house where an international couple is staying. Turns out five-hour days are more like nine hours long, and rather than training with and riding horses, I spend those days dealing mostly with shit, horse and otherwise.

The filly picks up on my mood and lets me scratch her face, a light touch but nice and thorough the way she likes it. She’s flapping her lower lip in the miniscule breeze before we’re done, begging me to stay forever, her own special human pet. I don’t have the heart to tell her that’s not to be. That someday she’ll get sold away from here, to someone expecting a well-trained mare but getting instead a well-intentioned little miss never taught the basics of life as a horse in human hands.

Give her some love while I can. She’ll be missing any kind of love soon enough. I’ve promised to stay here for two more weeks, then I’m gone. I didn’t drive eight hours to sleep on an air mattress in a living room and work a full day’s hard labor without being paid a single cent. And I don’t believe that Katie, who owns this ranch, even knows how to train a horse, let alone has the right to claim horse whisperer status, the way she pretends to be so she can sucker morons like me into cleaning up after her horses.

I’m turning to leave the coal-black filly behind, in favor of the guest house and a shower, when the smell hits me. That one dog, I can’t remember her name. She’s been acting strangely since I got here, coming close enough to sniff then darting away like I’ve wounded her, yelping and snarling her rage. I’m not sure what she’s looking for, when she comes up to smell at me. I’m not sure who she wants me to be, who she’s mad at.

She smells like anxious sweat and regret. If she were human, she would be hiding armpit stains underneath her flannel shirt, turning her nose up and snarling at anyone who came too close, anyone who suggested she was less than perfectly all right on her own. This is not a dog to mess with, that’s what she wants you to think. Mostly she just seems like a pathetic little ragamuffin. Born and raised here on this ranch but even her pack stays away from her.

The guy member of the couple staying in the guest house, also working on the ranch but this is their day off, he told me this dog bit him once. Told me she likes to growl and carry on and sometimes she’ll take it one step further. I’m looking around for a shovel, anything I can hit this crazy dog with, just in case. She stalls her run a few yards from me and stares at me with that same quizzical frown, her top lip already beginning to rise in what could be a whine but is probably a growl.

I take a step or two forward and then there she is, this dog. A white German shepherd, who knew such a thing even exists? She’s flat-bellied along the ground, sinking into a crouch, hackles up. There’s no human around, just the dust and me, the smell of horseflesh and the ever-present stink of manure. And this dog, with her breath that is and is not like the breath of other dogs.

I grew up around large dogs—a ridgeback and a retriever, at that—both of them at least 20 pounds bigger than her. Doesn’t matter. A dog built and bred to take down a human on the run isn’t interested in your canine experience, isn’t interested in whether you consider yourself a dog person. Her nostrils are quivering with the excitement of the hunt and right now I’m her prey. I’m the one with tender flesh; I’m the one without the protection of natural fur. Not a single member of my kind around. Easy prey.

This morning Katie told me it was my fault that two of her dogs including this one jumped full body onto me to try to knock me down. After the big male German shepherd dog tried to sink his teeth through my jeans and into my skin, Katie’s advice was, “Just say ‘Hi, puppy. Hi puppy.’ That’s what they heard growing up and they liked it.” I thought it was dumb when she said it, but I tried to please her and of course it didn’t work. And, of course, when it didn’t work, she said it was my fault: I was pitching my voice too loud or too soft, not high enough. The same way Katie said it was the little girl’s fault earlier today, when the child came for lessons and almost got her hand bit off by this white dog right in front of me now.

“It’s your fault!” Katie said to that ten-year-old with the eyes wide with fright. “Don’t ever try to touch a dog that’s growling and afraid. That’s a good life lesson for you.” I failed to point out then that the little girl had been kneeling in the dust, petting a different dog; that the several-screws-loose dog now in front of me had crept up with her nose out like she was trying to make friends with that girl. When the girl reached forward tentatively, the dog turned vicious and growled.

Katie might want to believe somehow that’s the girl’s fault, like Katie wants to believe this dog would have been fine if she hadn’t been sold to a local family who kept her for two weeks then brought her back in despair. Truth is, this dog is the victim of inbreeding and maybe low oxygen in mama’s belly, who knows. But I grew up with dogs, and this dog doesn’t know how to act like a dog. This dog isn’t safe around kids and surely Katie knows this. The first day I got here, Katie told me locks the dogs up at night, so they won’t run wild as a pack and bring down someone’s backyard pet. Or someone’s backyard child.

Now this growling, snapping dog is darting in and out of my personal space. Hackles bristling, eyes glinting yellow, sharp teeth showing.

This dog senses resignation in my body language, my hunched shoulders and the cave of my chest. This dog is in it for the kill. In despair, I raise my voice. “Help! Help! Somebody help!”

I’m shouting to the gods, I suspect. Certainly not shouting to Katie. I’m shouting for the sake of hearing my own voice, as much as anything else. It reminds me I’m still alive and this is just one stupid dog that doesn’t have anywhere near the might it would take to break me. I’m not shouting for help, not really, not with any intention or expectation of getting it.

Help comes in a furry package, as has so often been the case in my life. Two German shepherds come out from behind the corral where they’ve been just out of sight. They come trotting over. The old one gimps along on three good legs. The younger, hardier one moves smoothly like silky night, surety in his dark eyes.

I’m expecting a bloodbath, and in my imagination most of the blood is mine. Instead the two dogs plant themselves in front of me, facing my attacker. The older one leans hard on my legs and positions his whole body between me and the attacking dog. Every muscle in his body conveys “let’s not fight,” but his eyes remain guarded and not nearly as casual as he seems. He is tubby, belly distended, white by age, and by genetics also. He’s not the alpha of this pack, not anymore, but he’s the granddaddy of my attacker and she owes him respect.

The younger dog sticks himself between us and that snarling white dog, the foolish one who thought she could take me out while their backs were turned. He’s the color of a normal, everyday German shepherd, the kind that tore my Jewish ancestors’ throats out during World War II. Because of that, I’ve been scared of German shepherds my whole life. But this dog is heroic. This dog has the heart of a warrior.

Eventually they drive her off, but the battle was decided the moment they decided to join it. Once she’s gone, I clamber down onto my knees, never mind the omnipresent desert dust, never mind the bits of dog poo and horse poo coating the lower half of my body. My eyes burn from tears and unfiltered desert sunlight. I wrap my arms around the neck of the old granddaddy dog, and he snuffles against my chest, gentle and comforting.

The other dog stays just out of my reach, more harbinger than dog, a dog made of starlight and built for greater things. In the gathering end of this day, I fancy I can see him bow—chivalrously, like a knight with a heart like the bedrock of Camelot.

“Thank you,” I speak the words aloud, more for him, not so much for me.

I’m going to be like that dog someday. I’m going to challenge my family, if that’s what it takes. For now, though, I’m leaving this ranch and Katie, and all I’ve endured that was not what I agreed to, nor is it anything I would want for myself or anyone.

I’m going to make it out alive, in all the ways I still need to do that.

Ariadne Wolf works cross-genre in creative nonfiction, fantasy, and experimental fiction, screenwriting, and just about everything else you can think of.  She has received several awards and accolades, including a nomination for the 2019 Pushcart Prize Anthology for her creative nonfiction essay, “Mermaids Singing,” initially published in Rascal. Visit her website at ariadnewolf.com.